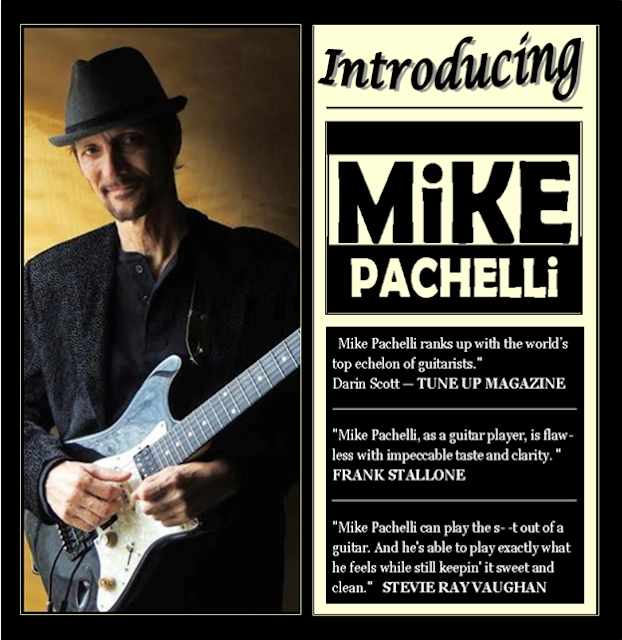 Mike's early influences included jazz guitarist Wes Montgomery, and he later studied under guitar greats Joe Pass and Pat Martino.  He has performed all over the US and Europe with such music legends as Frank Stallone, Jeanne Mas, Brother Jack McDuff, Phil Keaggy and Albert King.

Mike is a recording artist for Solid Air Records and his latest release "Fade to Blue" is a combination of eclectic blues / jazz & rock.  He has released 16 CD's, and been nominated for a Grammy.   He is an online teacher for Gibson Guitars.

Mike's work in TV has allowed him to work in interviewing and promoting such performers as  Paul McCartney, Stevie Ray Vaughan, Robert Plant, Allan Holdsworth,  Eric Johnson, Joe Satriani and  Mariah Carey.   Recently, he has guest starred in the HBO series "Curb Your Enthusiasm" with Michael J. Fox. 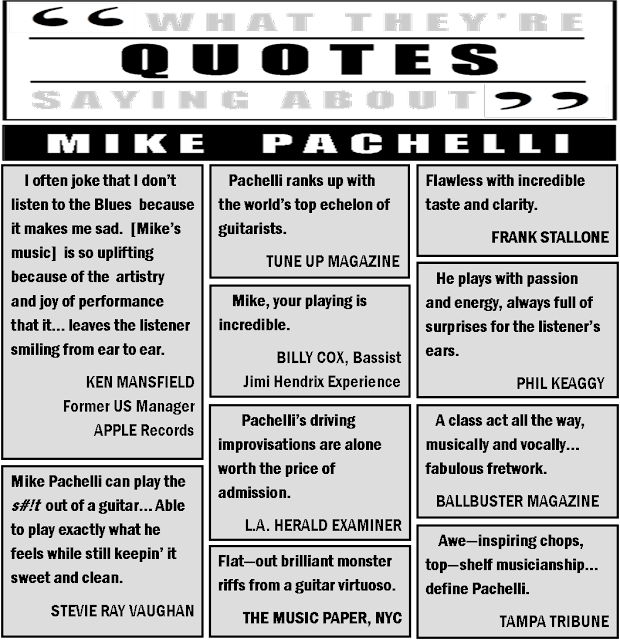 We enthusiastically welcome MIKE PACHELLI
and recommend him to you and your venue! 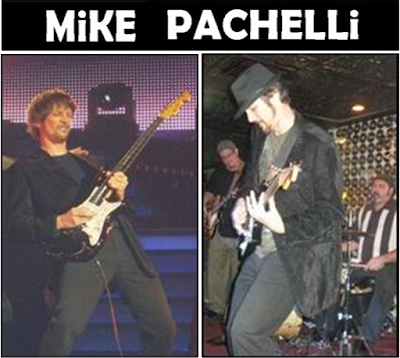